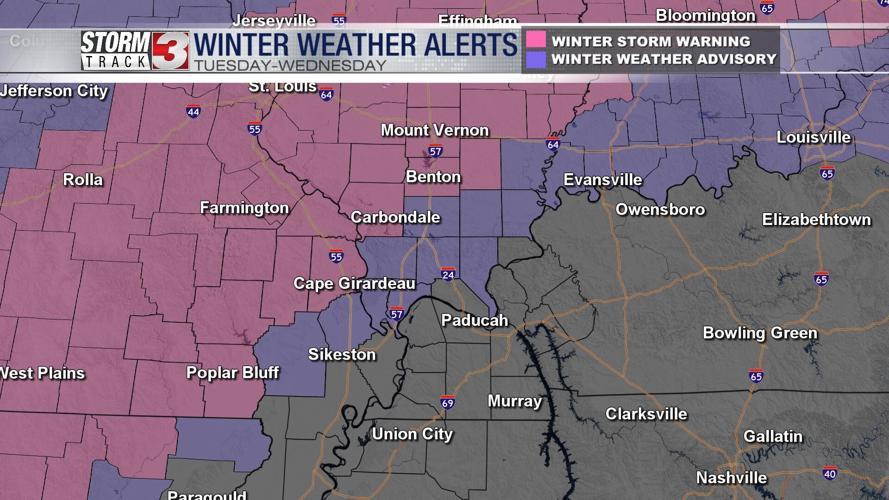 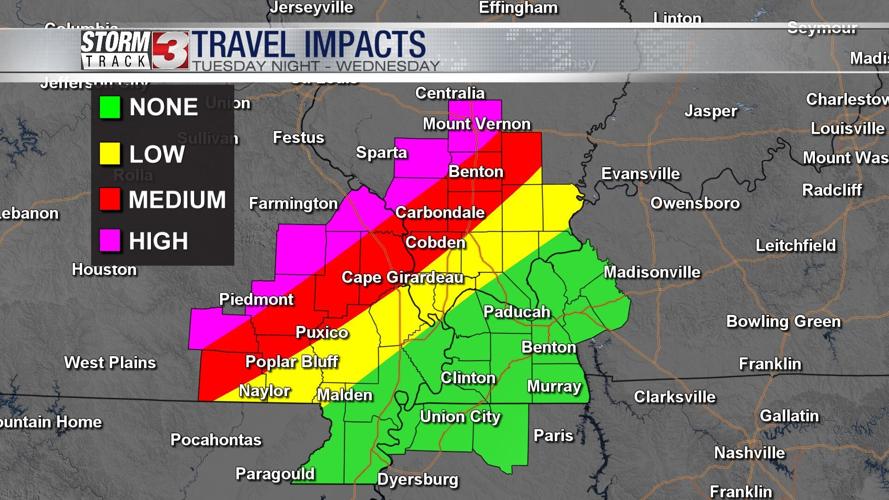 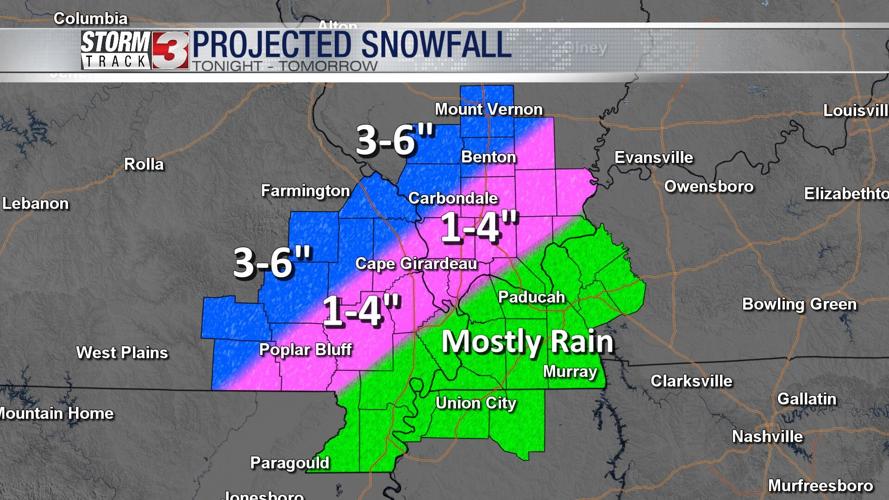 CARTERVILLE (WSIL) -- It has been a fairly quiet day, but the winter storm is still expected to arrive this evening. If you need to run any errands, you may want to get those wrapped up this afternoon.

A Winter Storm Warning and Winter Weather Advisory have been issued for parts of southern Illinois and southeast Missouri, from 6 PM tonight until noon on Wednesday.

The heaviest snowfall is expected through our north and western counties, including areas like Mt. Vernon, Du Quion and Perryville. However, the further south you go, the more the chance for snow drops off. Western Kentucky and northwest Tennessee will primarily see a rain event with a few wet snowflakes mixed in.

The uncertainty remains in how much snow will fall between these two regions. This is a tricky forecast with the cutoff from rain to snow being very sharp. Harrisburg may only receive 1-2" of snow while Marion may be closer to 2-3".

By late morning Wednesday, the heaviest snow will be moving east of the region. A few pockets of flurries and light rain will be possible through the afternoon but nothing substantial.

Depending on your location with respect to the region, you may want to allow yourself extra time heading out the door Wednesday morning. Wet slushy roadways will likely impact the morning commute, before improving by the afternoon.

Any snow accumulation should be short lived. Temperatures climb back into the 40s to end the week and near 50 by the weekend.

Jacie Brianne is the evening meteorologist for News 3. She joined the WSIL Team in August of 2018.

How to clean your home during the coronavirus outbreak

“Start telling us the truth”: Lawmaker hopes lawsuit against Deloitte will shed light on IDES issues