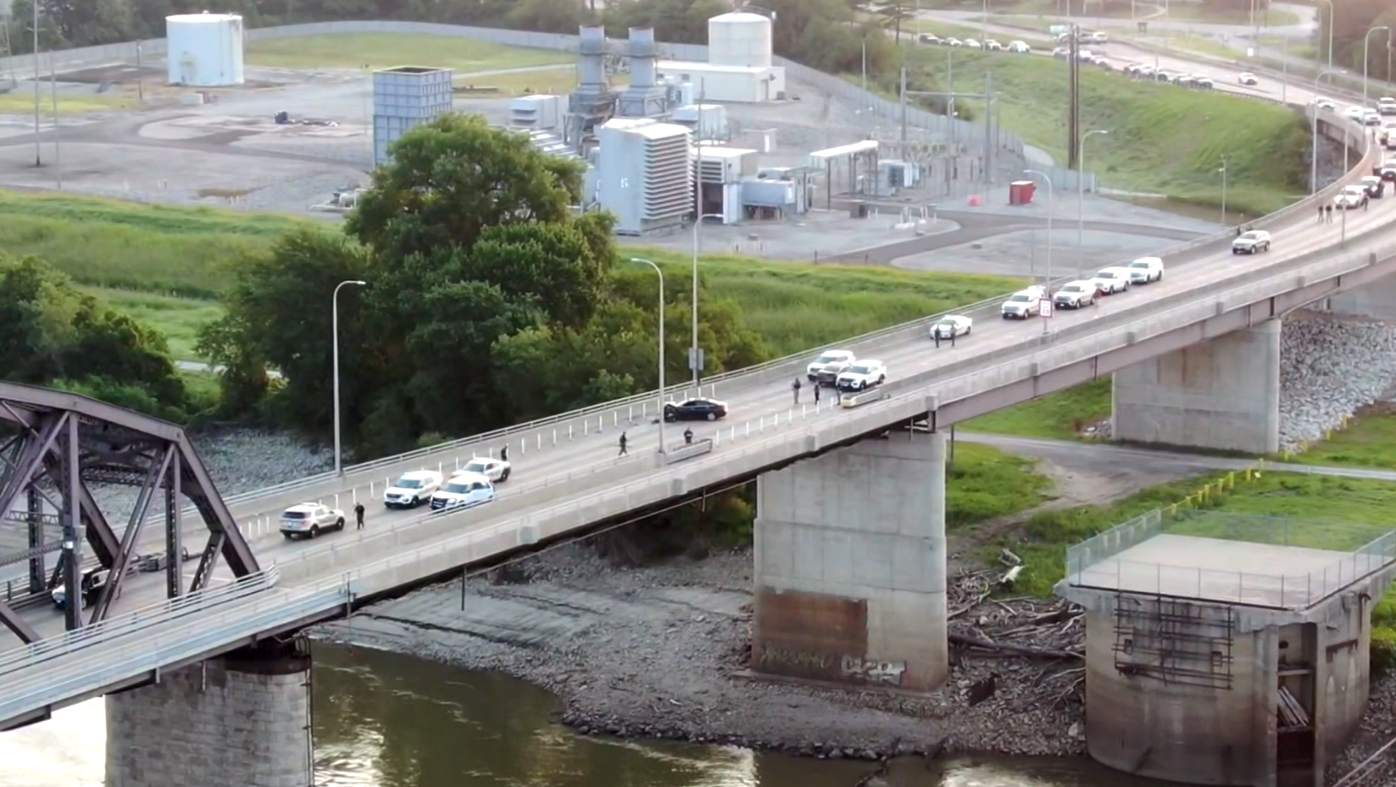 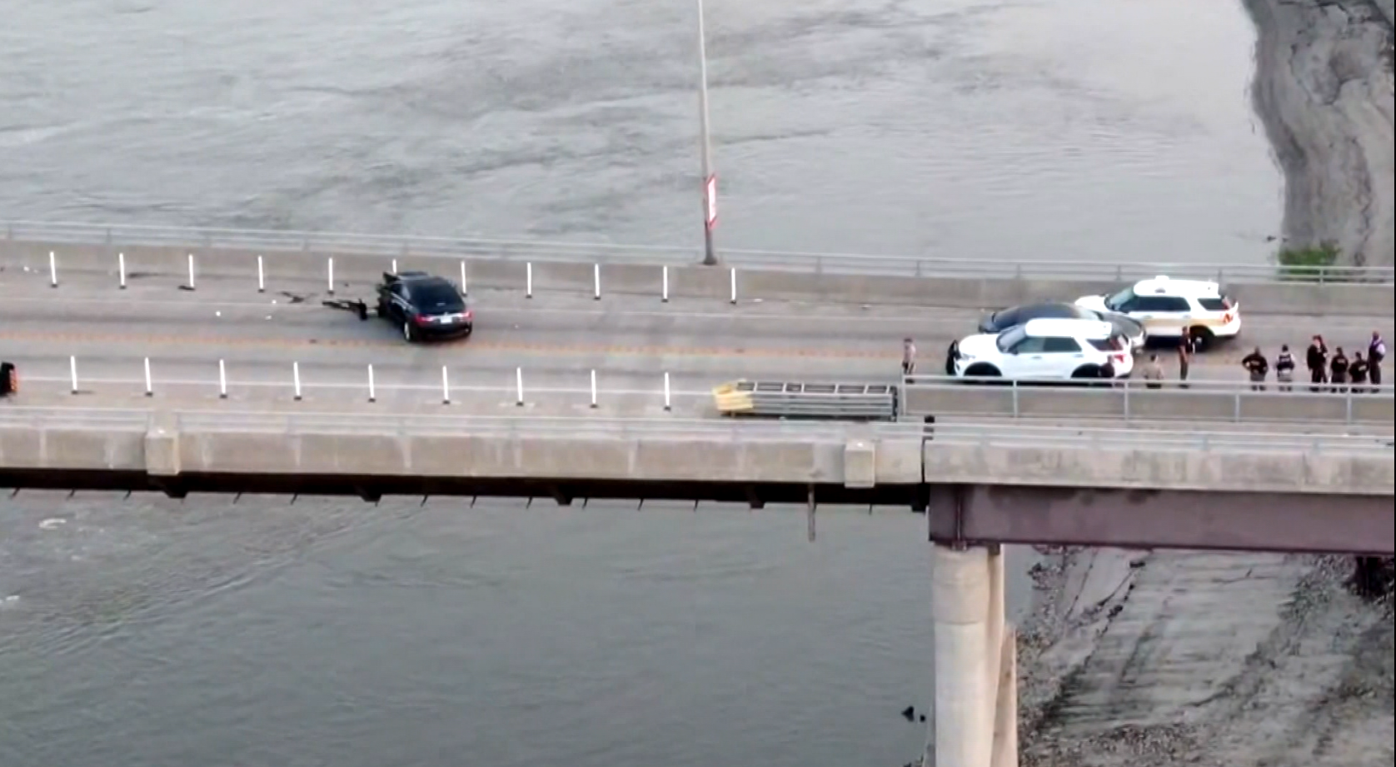 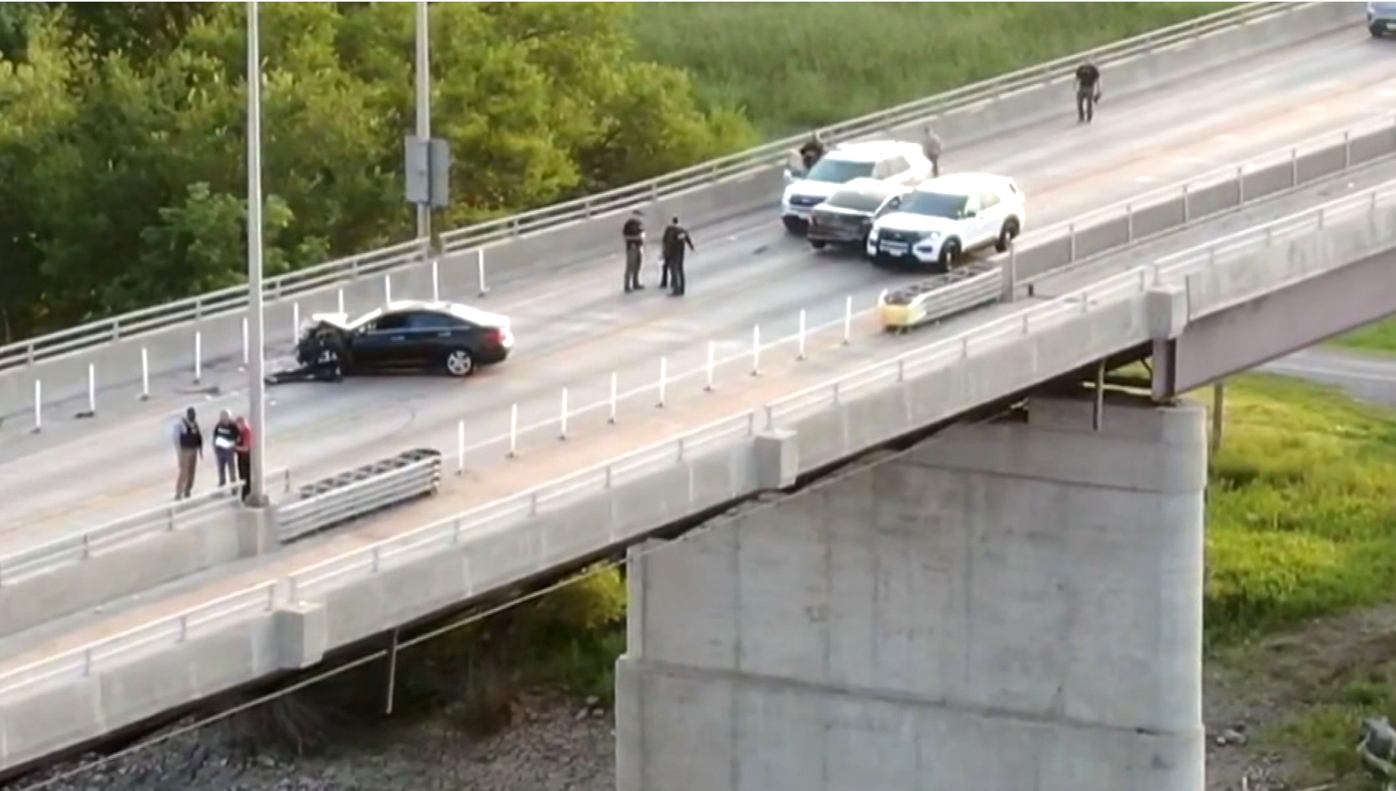 The newspaper talked to Pierce's family who said he formerly worked for about two years with the police department in Spillertown and was also a lieutenant with the Makanda Fire Department. Pierce also previously worked with the Franklin County Emergency Management Agency.

The family told the paper he moved to Carbondale recently, and was making the 100-mile drive every day to work the night shift in Brooklyn.

The Charger was later located, abandoned in Missouri.

While officers were still at the scene on the McKinley Bridge, which was shut down, a car drove through the roadblock around 3:50 a.m. The vehicle struck multiple police vehicles and nearly struck multiple officers.

Deputies from the Madison County Sheriff's Department and Brooklyn Police officers fired shots into the vehicle and struck the driver. The vehicle then crashed into two Illinois State Police squad cars.

All four people in the vehicle were taken into custody, including the driver who was transported to an area hospital with non-life threatening injuries.

Both investigations are still active and ongoing.

The Brooklyn Police Department has not yet released the name of the officer killed in the line of duty.

Mt. Vernon man arrested for sexual assault of a minor

What’s next for Derek Chauvin after guilty verdict?